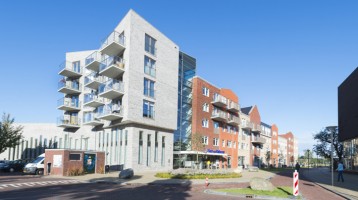 My research is focused on the inclusion of people with disabilities. The roles that faith communities can play in this process has my special attention. I am touched by how important belonging is for people. Those for whom belonging is not easily achieved, because they require support for social interaction, for example, are easily left on the side. A congregation might very well think everyone in their community is looked after, for example, while the voices whispering “what about me?” are not heard.

The word ‘inclusion’ often surfaces within legal settings. Parents claim their autistic child’s rights to ‘inclusive education’, and advocacy groups battle for a more inclusive job market. The tensions are high and big words are used. People going after one another in lawsuits, suing companies and organizations. But does this really answer the rather simple question: “what about me?”

It is precisely in this respect that Christian communities of faith can make their contribution, as I have discovered in my research. For in the church, it is not about putting one interest over against someone else’s interests, a game in which the weaker ones will always lose to the strong. The story that inspires and guides Christian faith communities is a story in which all the Lord’s holy people matter (Ephesians 3), and in which every member of the body of Christ has gifts to contribute (1 Corinthians 12). Inclusion is therefore not in the interest of a few people in a certain underprivileged group, it is a common interest for the whole community. During my fieldwork in the project ‘Hart van Vathorst’ in the Dutch city of Amersfoort, I saw that truly developing inclusive practices that are supported by the whole community does not start until people realize this common interest. 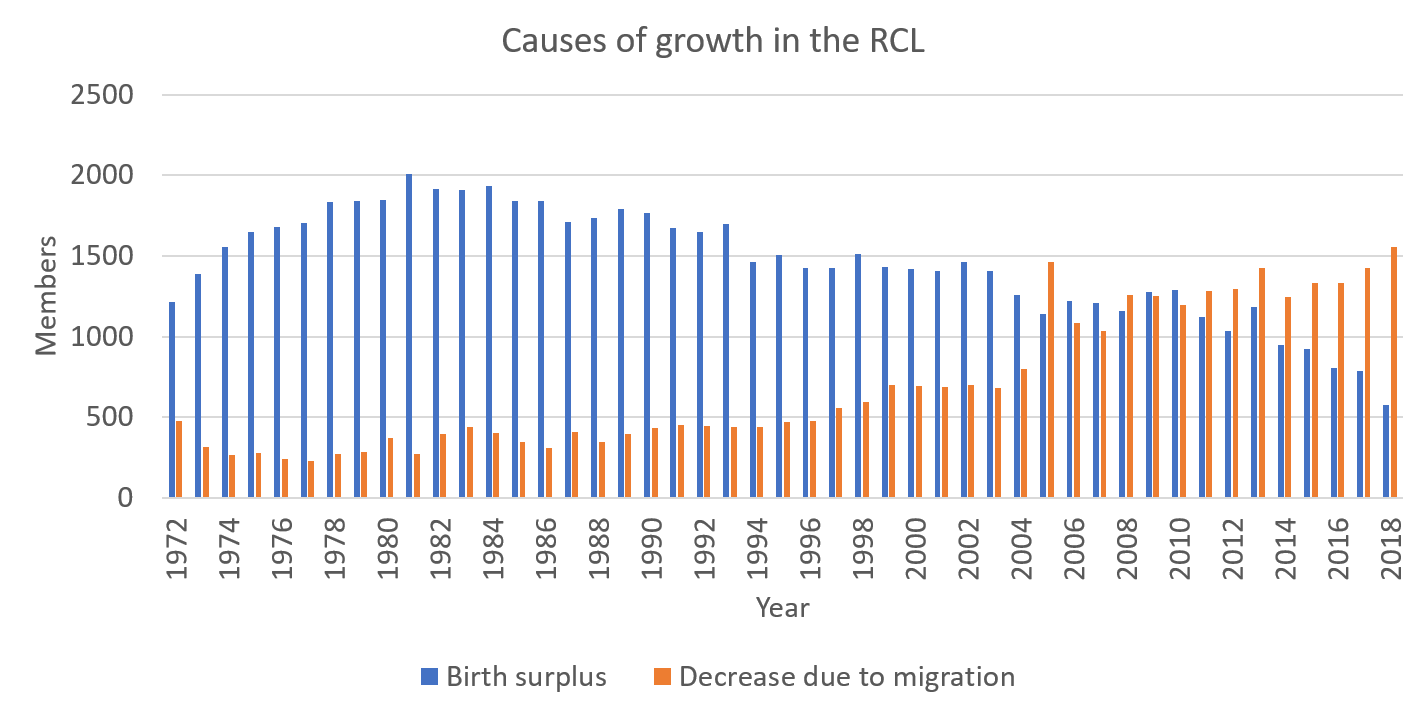 One of the main occupations of the researchers at the Praktijkcentrum is to watch trends in reformed churches, both by following news of local and national developments, and by keeping track of empirical data. The latter is the main goal of my PhD project: having collected data from the yearbooks published by different denominations, I analyse the way membership numbers, demographic developments and geographical distribution has changed.

One of the first observations that catches the eye is that most reformed churches are losing members. The reasons for this can also be traced using the data from the yearbooks. Growth of a population, be it a denomination or a society, can be due to two factors: a birth surplus, meaning that the number of births is higher than the number of deaths, and a positive migration balance, i.e. more people are moving into the group than there are people leaving it. The growth in the Netherlands, for instance, is currently mostly due to immigration, rather than a high birth rate (CBS, 2020).

These two developments can also be seen in churches and are depicted in the graph above, which reports these data for the Reformed Churches Liberated (RCL). In the past, most reformed churches, including the RCL had a high birth surplus, much higher than the overall Dutch population. Although it is currently still high, it is much lower than it used to be. In addition, increasing numbers of people are leaving reformed churches, either going to other churches or leaving the church altogether. Together, this decrease of internal growth and an increase of external shrinkage have stopped the growth of churches.

This research highlight was a part of my dissertation, which I will hopefully finish later this year.

When people hear about salvation and church planting they easily think about the spiritual dimension of belief. Mission history shows that (the topic of) salvation can not neglect the cultural dimension and infrastructure. The picture tells the story of the Weezenputten near the village of Oudeschild on the Isle of Texel. Of the original five wells, only two are left. The owner of these wells was the orphanage (in old Dutch: Weezen) in Den Burg. This house benefited from the sale of water.

At the east side of the dike of the village of Oudeschild was the Roadstead of Texel. Sometimes dozens of ships were waiting for good wind to sail out to the East or West Indies or to the Baltic area. When they sailed to the East, they could take fresh water and food at the Cape of Good Hope for the second part of the voyage. The Weezenputten were important for the health of the crew and passengers for mainly the first part of the voyage. The quality of the water of the Weezenputten was high, because it contained iron. That allowed the water to be preserved for a long period. This was a matter of life and death.

A Reformed minister or comforter of the sick also belonged to the ships’ crews on their way to overseas territories. They had an important role in the field of the spiritual and moral affairs. The minister was the captain of morality and belief on board of the ship. For that reason he was well paid. To help promote the process of Reformed church planting in overseas territories and during the journey, he wanted to preach the gospel of the Living Water. He could only do so when he was able to drink the water from the Weezenputten.

At the heart of the impressive objects the Durham Cathedral Open Treasury displays, is a fair number of remnants that are closely related to St. Cuthbert (c.634-687). The Treasury holds one special artefact, found in the Saint’s tomb. It is a remainder of the portable altar he used during his many lengthy journeys. As a Bishop of Lindisfarne, Cuthbert was torn between serving God in meditation as a hermit, and the Church in preaching and mission. He travelled throughout the whole of northern England and southern Scotland. Sometimes he would be away from the monastery for a month at a time. He became famous for his pastoral ministry, wisdom and the miracles of healing he worked.

The pieces of dark, nearly decayed wood at display in Durham for me were the most impressing of all the artefacts. It is as close as we can come to liturgies in far away and long forgotten local parishes, little towns, with perhaps just a few celebrants. These pieces of wood function as a trait d’union with an old tradition of pop-up-church avant la lettre. Just a small plank with five crosses, carved at the corners and in the middle, and a simple text as well, to celebrate Mass. That is basically what is needed to become the source for so many, much more elaborated and sophisticated precious relics of these times. St. Cuthbert’s monastery of Lindisfarne would later became famous for its beautifully illustrated gospels, among which the so-called Lindisfarne gospels now are the most well-known and treasured.

These simple pieces of wood, however, testify as loudly as these gospels of enactments of celebrations and the real-life circumstances in which they took place.